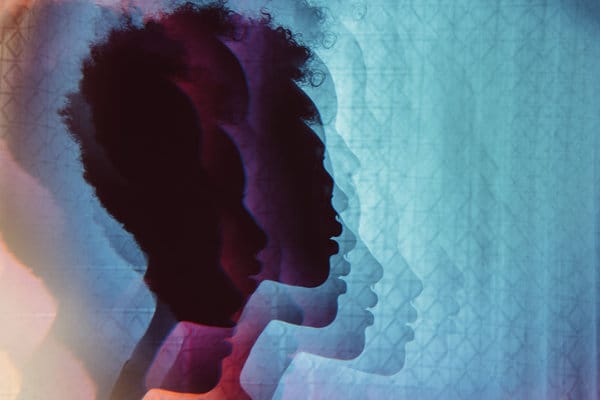 Being part of the Human tribe

To become part of the human tribe, every child born in this world needs to be “socialised,” in order to take his or her place among others and to be accepted. Such socialising consists of being taught or forced to repress certain instincts and desires, and to emphasise others.
The accumulation of so-called “undesirable” and un-lovable traits over the years becomes a hidden, unconscious monster figure, buried in the basement of each adult psyche, gaining power in the dark, glimpsed only when there is a breakdown of the usual constraints.

Later on in life, the shadow is usually experienced in projection—on other people, other races, other nations, and other Gods. The shadow will also often erupt when their owners’ social barriers disappear, get drunk or take too much of the wrong drug.

The modern psychotherapeutic approach to ‘shadow work’ may take years, guided by a clinician and usually only to circumvent symptoms but not the root causes.

The Ancestral or shamanic view of shadow work is quite a different one. Ancestral Medicines offer healing journeys to the heart of what really matters – an opportunity to face and integrate our shadow, transmuting trapped energies and making them available for life-affirming purposes. The medicines help us reveal the important keys that have been lost and live in the darkness. True healing with master medicines can be very hard work, requiring courage to face fears, determination, and commitment to your healing journey. Medicines are also an amplifier that will bring to the surface patterns and programs that do not serve you but can be undone.

Ancestral Medicines circles are certainly not recreational undertakings for entertainment, relaxation, or escapism. The medicines do not allow us to suppress issues and escape reality. In fact, quite the opposite is typically the case. They compel us to face, resolve, and release issues that have been buried throughout our lives.

And as long as you have looked all your fears in the eye, as long as you’ve walked into the shadow, your thinking will be clear and your heart pure; nothing will be able to influence you (for good or bad) without your consent.

Where the scientific and psychological mind wants to understand and analyse the components and negative aspects of the “Shadow”, the curanderos understand that there are no negative energies in the Universe, though there can be misunderstandings, misappropriations, misplacements, etc. They also know that it is in the darkest recesses that the largest treasures are found.

From an Ancestral Medicines point of view encountering the “Shadow” is an optimal and promising pursuit. It may usher us into what seems like an uncontrolled state of being as a way to help us evolve and grow. To the average human or a psychologist this may feel like a breakdown or a decompensation. To a curandero it will be a time of evolution and awakening…

You can find out more about which cookies we are using or switch them off in settings.

This website uses cookies so that we can provide you with the best user experience possible. Cookie information is stored in your browser and performs functions such as recognising you when you return to our website and helping our team to understand which sections of the website you find most interesting and useful.

Strictly Necessary Cookie should be enabled at all times so that we can save your preferences for cookie settings.

If you disable this cookie, we will not be able to save your preferences. This means that every time you visit this website you will need to enable or disable cookies again.

This website uses Google Analytics to collect anonymous information such as the number of visitors to the site, and the most popular pages.