What Is Ayahuasca? Experience, Benefits & Side Effects 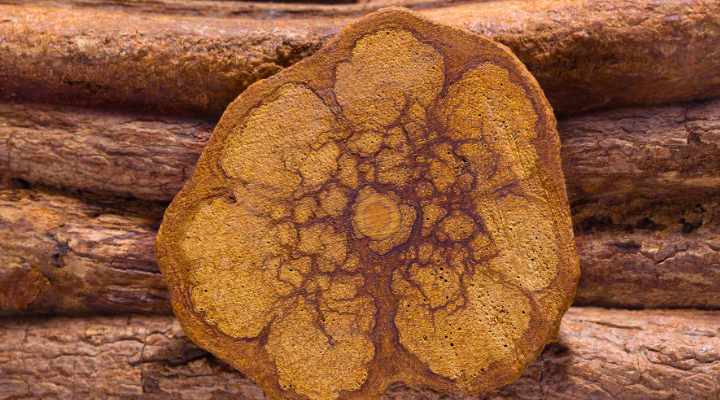 The Grandmother Ayahuasca is certainly to be respected as its strong spirit unfolds our minds and hearts to other realities and otherworldly experiences. It is a bright and convoluted teaching that will take you on a radiant journey. The teaching is also focused on the powers of the Intangible, it's residing spirits and the alliances we can make within those realms — The mission and personality of Ayahuasca is to educate and broaden our perception, to reform old limiting patterns — Ayahuasca is now almost a staple of traveling anecdotes, especially in the ever-growing psychonaut community. Typically, these anecdotes tend to focus on the immediate effects that take place during an Ayahuasca “trip,” some of which are enlightening, while others are downright distressing. However, scientists have uncovered several long-term health benefits of taking Ayahuasca. This article reviews Ayahuasca, including its negative and positive effects on health.

Ayahuasca — also known as the tea, the vine, and la purga — is a brew made from the leaves of the Psychotria viridis shrub along with the stalks of the Banisteriopsis caapi vine, though other plants and ingredients can be added as well (1Trusted Source).

This drink was used for spiritual and religious purposes by ancient Amazonian tribes and is still used as a sacred beverage by some religious communities in Brazil and North America, including the Santo Daime.

Traditionally, a shaman or curandero — an experienced healer who leads Ayahuasca ceremonies — prepares the brew by boiling torn leaves of the Psychotria viridis shrub and stalks of the Banisteriopsis caapi vine in water.

The Banisteriopsis caapi vine is cleaned and smashed before being boiled to increase the extraction of its medicinal compounds.

When the brew has reduced to the shaman’s liking, the water is removed and reserved, leaving behind the plant material. This process is repeated until a highly concentrated liquid is produced. Once cooled, the brew is strained to remove impurities.

How does it work?

The main ingredients of Ayahuasca — Banisteriopsis caapi and Psychotria viridis — both have hallucinogenic properties (2Trusted Source).

DMT is a powerful hallucinogenic chemical. However, it has low bioavailability, as it gets rapidly broken down by enzymes called monoamine oxidases (MAOs) in your liver and gastrointestinal tract (2Trusted Source).

For this reason, DMT must be combined with something containing MAO inhibitors (MAOIs), which allow DMT to take effect. Banisteriopsis caapi contains potent MAOIs called β-carbolines, which also have psychoactive effects of their own (3Trusted Source).

When combined, these two plants form a powerful psychedelic brew that affects the central nervous system, leading to an altered state of consciousness that can include hallucinations, out-of-body experiences, and euphoria.

Ayahuasca is a brew made from the Banisteriopsis caapi and Psychotria viridis plants. Taking Ayahuasca leads to an altered level of consciousness due to psychoactive substances in the ingredients.

How is Ayahuasca used?

Though Ayahuasca was traditionally used for religious and spiritual purposes by specific populations, it has become popular worldwide among those who seek a way to open their minds, heal from past traumas, or simply experience an Ayahuasca journey.

It’s strongly recommended that Ayahuasca only be taken when supervised by an experienced shaman, as those who take it need to be looked after carefully, as an Ayahuasca trip leads to an altered state of consciousness that lasts for many hours.

Many people travel to countries like Peru, Costa Rica, and Brazil, where multi-day Ayahuasca retreats are offered. They’re led by experienced shamans, who prepare the brew and monitor participants for safety.

Before partaking in an Ayahuasca ceremony, it’s recommended that participants abstain from cigarettes, drugs, alcohol, sex, and caffeine to purify their bodies.

It’s also often suggested to follow various diets, such as vegetarianism or veganism, for 2–4 weeks prior to the experience. This is claimed to free the body of toxins.

Ayahuasca ceremony and experience
Ayahuasca ceremonies are usually held at night and last until the effects of Ayahuasca have worn off. After the space is prepared and blessed by the shaman leading the ceremony, Ayahuasca is offered to participants, sometimes split into several doses.

After consuming the Ayahuasca, most people start to feel its effects within 20–60 minutes. The effects are dose-dependent, and the trip can last 2–6 hours (4Trusted Source).

It should be noted that some of the adverse effects, such as vomiting and diarrhea, are considered a normal part of the cleansing experience.

People react to Ayahuasca differently. Some experience euphoria and a feeling of enlightenment, while others go through severe anxiety and panic. It’s not uncommon for those taking Ayahuasca to experience both positive and negative effects from the brew.

The shaman and others who are experienced in Ayahuasca offer spiritual guidance to participants throughout the Ayahuasca experience and monitor participants for safety. Some retreats have medical staff on hand as well, in case of emergencies.

These ceremonies are sometimes conducted consecutively, with participants consuming Ayahuasca a few nights in a row. Every time you take Ayahuasca, it results in a different experience.

Ayahuasca ceremonies are typically led by an experienced shaman. Ayahuasca takes 20–60 minutes to kick in, and its effects can last up to 6 hours. Typical effects include visual hallucinations, euphoria, paranoia, and vomiting.

Many people who have taken Ayahuasca claim that the experience led to positive, long-term, life-altering changes. This may be due to the effects of Ayahuasca on the neurological system.

Recent research has shown that Ayahuasca may benefit health — particularly brain health — in a number of ways.

The main active ingredients in Ayahuasca — DMT and β-carbolines — have been shown to exhibit neuroprotective and neurorestorative qualities in some studies.

DMT activates the sigma-1 receptor (Sig-1R), a protein that blocks neurodegeneration and regulates the production of antioxidant compounds that help protect your brain cells (5Trusted Source).

Harmine, the main β-carboline in Ayahuasca, has been found to have anti-inflammatory, neuroprotective, and memory-boosting effects in test-tube and animal studies (6Trusted Source, 7Trusted Source).

It has also been observed to increase levels of brain-derived neurotrophic factor (BDNF), a protein that plays an important role in nerve cell growth and promotes nerve cell survival (6Trusted Source).

Additionally, a test-tube study demonstrated that exposure to harmine increased the growth of human neural progenitor cells by over 70% in 4 days. These cells generate the growth of new neural cells in your brain (8Trusted Source).

Research has shown that taking Ayahuasca may increase the mindfulness capacity of your brain and improve your overall psychological well-being.

A study in 20 people indicated that consuming Ayahuasca once weekly for 4 weeks was as effective as an 8-week mindfulness program at increasing acceptance — a component of mindfulness that plays a fundamental role in psychological health (9Trusted Source).

A study in 57 people demonstrated that ratings of depression and stress were significantly decreased immediately after the participants consumed Ayahuasca. These effects were still significant 4 weeks following the Ayahuasca consumption (11Trusted Source).

They’re mostly attributed to the DMT and β-carbolines in Ayahuasca (12Trusted Source).

Some research suggests that Ayahuasca may benefit those with depression, post-traumatic stress disorder (PTSD), and addiction disorders.

Several studies have focused on the effects of Ayahuasca on addiction disorders, including addictions to crack cocaine, alcohol, and nicotine — with promising results (16Trusted Source).

In one study, 12 people with severe psychological and behavioral issues related to substance abuse participated in a 4-day treatment program that included 2 Ayahuasca ceremonies.

At a 6-month follow up, they demonstrated significant improvements in mindfulness, hopefulness, empowerment, and overall quality of life. Plus, self-reported use of tobacco, cocaine, and alcohol significantly declined (17Trusted Source).

Researchers hypothesize that Ayahuasca may help those with PTSD as well, though more research in this area is needed (18Trusted Source).

According to current research, Ayahuasca may protect brain cells and stimulate neural cell growth. It may also boost mood, improve mindfulness, and treat depression and addiction disorders, though more research is needed to confirm these effects.

Considerations and potential side effects
While taking part in an Ayahuasca ceremony may seem alluring, consuming this psychedelic brew can lead to serious, even deadly, side effects.

First, even though many of the unpleasant side effects that are usually experienced during an Ayahuasca trip, such as vomiting, diarrhea, paranoia, and panic, are considered normal and only temporary, they can be extremely distressing.

Some people report having miserable Ayahuasca experiences, and there is no guarantee that you will react favorably to the concoction.

Those with a history of psychiatric disorders, such as schizophrenia, should avoid Ayahuasca, as taking it could worsen their psychiatric symptoms and result in mania (19Trusted Source).

Additionally, taking Ayahuasca can increase your heart rate and blood pressure, which may result in dangerous side effects if you have a heart condition (20Trusted Source).

There have been several reported deaths due to Ayahuasca consumption, but they may be due to the addition of other ingredients or dosing issues. Death has never been reported in a clinical trial on Ayahuasca (2Trusted Source, 21Trusted Source).

Aside from these dangers, participating in an Ayahuasca ceremony means putting your life in the shaman’s hands, as they’re in charge of the ingredients added to the brew, as well as determining proper dosing and monitoring you for potentially life-threatening side effects.

There have been reports of Ayahuasca retreats being offered by untrained individuals, who are not well-versed in the preparation, dosing, or side effects of Ayahuasca, putting participants in danger.

Moreover, though there have been promising findings related to the health benefits of Ayahuasca, these benefits were mostly related to clinical studies in which the preparation and dosing of the concoction were carefully controlled.

Treatment for psychological disorders, such as depression and PTSD, should only be offered by medical professionals, and those living with these conditions should not seek symptom relief by participating in Ayahuasca ceremonies.

Overall, more research is needed to determine whether Ayahuasca can be used as a potential treatment for certain medical conditions by doctors in the future.

Ayahuasca is made from parts of the Psychotria viridis shrub and Banisteriopsis caapi vine.

It has powerful hallucinogenic properties and may cause both positive and negative health effects.

Much more research is needed to determine whether it can be used as a safe alternative treatment for certain health conditions.

If you’re interested in participating in an Ayahuasca experience, be sure to do your research and know that safety is not guaranteed — even if the Ayahuasca is prepared and delivered by an experienced shaman.

Join Waitlist We will inform you when the product arrives in stock. Please leave your valid email address below.